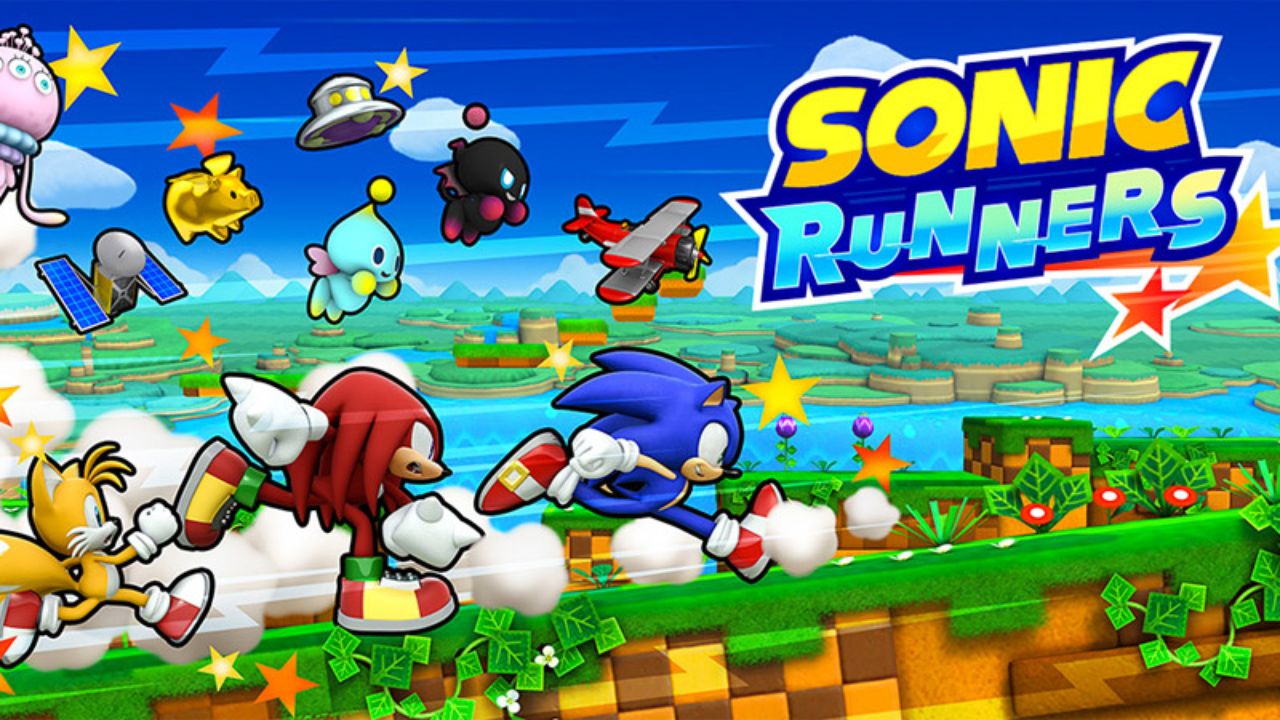 In November 2014, the well known Sonic Boom started out, and it was a bad game among the thousands of people who have played it. Instead of the next game being a console or major handheld game and related to the Sonic Boom spin-off series, Sonic Team returns and hands us a better game that BigRedButton didn’t give us. Sega, Sonic Team and Criware created the mobile game, Sonic Runners.

Sonic Runners is a 2D Mobile Platforming game that focuses mostly on speed and defeating Eggman to save animals. Other than saving animals, you have Tails, Knuckles and Omachao traveling with you to defeat Eggman from creating more Badniks. As you run through stages for a certain distance, Eggman will appear as a short mini-boss battle for a certain amount of time. After every mini-boss battle, Sonic and his friends’ speed also increases to make the game a bit more challenging along with many obstacles, pitfalls and Badniks.

As you can normally play as Sonic, you can also play as Tails and Knuckles after completing a numerous amount of Levels. As you play the game, there is also a Roulette that gives you 3 free spins each day to let you grab items. There is also a Roulette that allows you to win companions such as Chaos, Chip from Sonic Unleashed, Caliburn from The Black Knight, and even other Sonic characters to help increase your score item usage, or play style through each level.

As a 2D platforming game, you probably wouldn’t expect the game to be that spectacular. Actually, it feels like a normal Sonic game that could be on the Gameboy Advance. The gameplay is very fun and fast-paced like a Sonic game should be. The music that also comes along with the game is very amazing to listen too because it feels very upbeat, adventurous and cool even if it does reloop after awhile. Also, with the use of Wisps from Sonic Colors and Lost World, Companions and Sub-Characters the game feels very varied and fun than most mobile games.

With the game being a mobile title, it is on iOS and Android devices. This is also a free to play title, so you don’t have to put any money towards the game if you don’t want to!