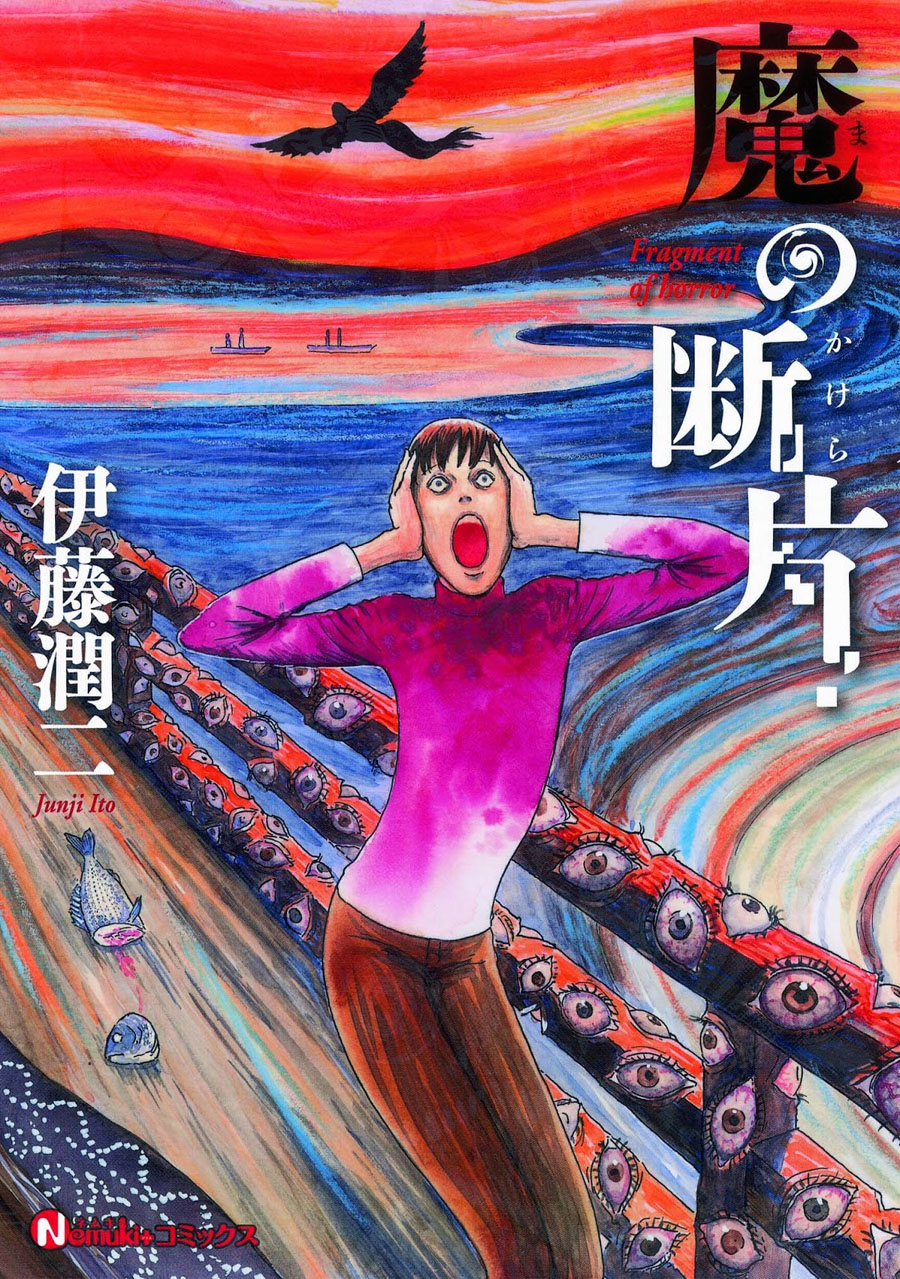 Fragments of Horror contains several short horror stories with a variety of themes. From a girl who is obsessed with being cut open to a writer that kidnaps her fans in order to find the perfect writing material. Junji Ito demonstrates in Fragments of Horror that terror can come in all forms. For readers that are used to reading serialized manga, it might be a bit difficult to relate or understand the characters. Simply for the fact that the characters themselves are used as disposable puppets in order to tell the story. Junji Ito’s works are a reminiscent of old school manga in terms of storytelling and art direction. While the artwork might be different in comparison to the clean lines and minimal design of modern manga, it’s filled with intricate details that describes the madness and terror of his story.

Horror is a very tough genre to execute. What may be scary for one individual might not work for another person. There’s also the issue of being predictable simply because the horror genre encourages characters to be tossed away like disposable tissues. While Junji Ito’s works are classified as horror, it does not mean every page will be filled with gore or explicit images that promote shock values over a proper narrative.

The merriam-webster dictionary defines horror as “a very strong feeling of fear, dread and shock”. This collection of horror stories focuses more on the dread and shock portion of horror. As I mentioned earlier that horror can be a tricky genre to work with due to it being predictable. However Junji Ito uses this factor of predictability in order to create a mysterious element within his stories.

For example in one of the story “A Gentle Goodbye” describes the process of mourning and how one copes with it. It begins with Riko, a girl who is frighten by the idea of losing her father. The scene then transitions to her traditional marriage with the Tokura family. However it is revealed that her husband’s family did not want the marriage to happen in the first place. Despite her effort to fit in and please her relatives, nobody wants to interact with her. A little bit afterwards, she discovered that the Tokura family has a tradition of creating afterimages of their deceased family members. Essentially they’re ghost versions of the people that are dead, however the ghosts aren’t alive but rather they’re delusions created by the living. This essentially describes how when a person passes away, the dead lives on within our memories. Riko’s husband comments that the afterimages can’t say anything that “surpasses the expectations of the living”, hints that the images are metaphorical representations of how our memories of the deceased remains unchanged after they pass away. One of Riko’s dream is that her father turned into a toy and “at first [she] loved it and played with it. But…in the end, [she] left it in the drawer. And then as the long months passed…[her] toy father went off somewhere without [her] realizing [it]. The drawer represents the coffin where the dead resides and the toy father represents the living’s perception of the dead. This part describes how after someone passes away, the mourners often wishes they spent more time to play with the deceased. However as the long months passed the mourners would eventually forget about the dead and move on with their lives.

Overall Fragments of Horror by Junji Ito contains some of the most bizarre, grotesque and intriguing short stories within the manga world. His old school art style might not be suitable for those that are used to modern day manga, however his style really does bring out his unique ideas of what horror manga can look like. Most of his stories are interesting to read because of how well Ito pushes the boundaries between the supernatural world and how people would react to these supernatural events. Some of his stories can be looked at from different angles in order to interpret the hidden messages, which can be fun on its own but not necessary if you simply want to enjoy a good manga from the beginning to the end. I recommend this manga to those looking for something light to read or those that simply love horror. Hopefully Viz will publish more of Junji Ito’s works in the future.