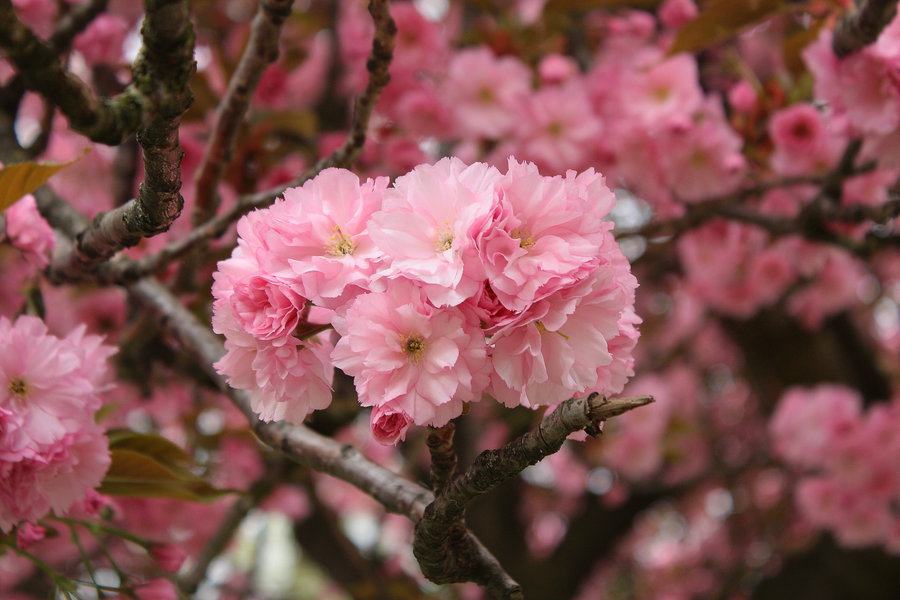 With the holidays at its close and the winter nearing the finish line, we will soon be diving straight into the spring season. As quite a few of you readers may know, spring is packed with fun and new cultural experiences in Japan. In this blog post, we will specifically be focusing on Hanami (花見), which literally translates to “flower viewing.” Typically, this refers to watching cherry blossoms (sakura 桜), which may not sound very exciting at first, but the cultural experience is worth it. Plus, depending on where you decide to go for your Hanami, you will most likely be met with fantastic scenery.

The Hanami season usually starts towards the end of March and finishes at the beginning of May. Again, usually, Hanami refers to watching cherry blossom trees, but can sometimes also be referred to watching plum trees (ume 梅). However, the latter is typically more popular for older audiences as it tends to be more peaceful (since most people choose to watch cherry blossom trees and the crowds are bigger). In any case, if you don’t know or aren’t sure when you’ll be able to catch the beginning of the season, keep an eye on the weather forecasts, which is where this information is broadcasted.

Hanami is a great opportunity to make new friends or to have a nice party and bond further with the people you already know. In Japan (and actually other people places in the world as well), people (classes, workplaces, friends, family, etc) typically gather for Hanami parties, which is usually celebrated in parks or at shrines. Ideal Hanami parties take place under the cherry blossoms trees, and are in the form of picnics. This means you may need to bring some equipment and food to fully immerse yourself in the event. Some of these items would include:

If you plan on watching cherry blossoms in the more popular areas, you should be prepared for the large amount of people that may also be there. You may also have to compete with others to get the best spots. However, if you’re not looking for any trouble or noise, it is highly recommended you avoid these big parks and just hang around neighborhood gardens and the like. Remember that more people means potentially large (and loud) crowds and long lines (especially for bathrooms). Also, since you will most likely be in a public area, remember to clean up after yourselves and don’t leave anything behind! Things can also get stolen if you’re not careful, so keep an eye on your belongings.

There are also a couple of staple foods that people bring to Hanami parties. Some of these would include:

Overall, Hanami is an event that is typically enjoyed sometime between the end of March and the beginning of May. The event is primarily for people to enjoy the scenery or just to have a nice get together. The party is celebrated usually in the form of a picnic beneath the cherry blossom trees, where people eat various kinds of food and drink alcohol (this is optional). Hanami isn’t only celebrated in parks, of course. These events can also take place at temples and shrines, where other festivities and forms of performing arts may be displayed. Hanami is not something you want to miss, and the event itself attracts many tourists worldwide. Spring is coming soon, and so are the cherry blossoms, so what are you waiting for? Hanami parties await you!