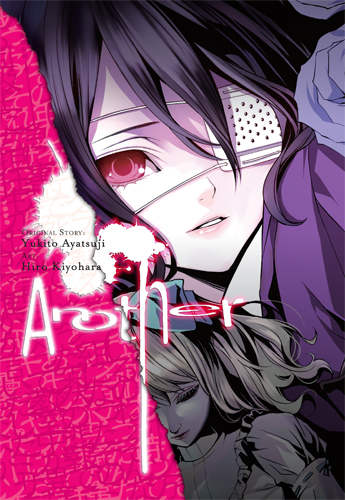 Koichi Sakakibara is a new transfer student from Tokyo. His lung disorder has forced him to move in with his grandparents in a rural town known as Yomiyama, the same town that his deceased mother has attended. During his time in the hospital, he has a particular strange conversation with a girl wearing an eye patch. The conversation left him puzzled because it felt like he had talked to a ghost. What’s even more ominous is that no one in his class can see her except for him. His home classroom is also known as the cursed classroom. Twenty-six years ago, a beloved student passed away, however his classmates refused to acknowledge it. They carried on their daily lives as if he was still around. When an end of the school year photo had been taken, the image of the dead student can be found in the photo. Is there a connection between the mysterious girl and the deceased student?

While anime and manga have become mainstream in the public eye, horror manga still remains a niche of their own. It is no wonder why this is a manga adaption of the novel Another rather than a standalone manga. Ayatsuji is a well known mystery and horror writer in the Japanese scene and it shows in this manga adaption. Horror in movies and manga work in two different ways. While one can be scare by a sudden shift in sound or a simple jump-scare tactic, pictures and words can rarely produce this type of emotion. What makes a horror story standout is a sense of unfamiliarity and the tension that it builds until the climax. Yukito Ayatsuji’s story and Hiro Kiyohara’s drawings have certainly done this.

This story is meant to be read from start to finish in a single book like a novel. If you are buying the U.S copy of Another, it is release in a single volume with all four volumes of the manga included in one. It essentially is a one shot manga in the U.S, whereas in Japan it was released over a series of four volumes. This is a pretty good deal as you will not have to buy all four volumes and can buy it in one go.

The manga’s art is a lot less focused on the gore and violence compared to the anime. What was most noticable about Kiyohara’s art in Another was through his use of symbolism and atmosphere. The reader will notice that each character’s eyes standout in comparison to their facial features. While this is a common trait in manga stylization, Kiyohara uses this design in order to promote the idea that what we see may not match with what is in front of us.

Overall Another is a manga that relies less on anime tropes and cliches and focuses more on character dialogues. Its sense of horror won’t leave you shaking in your boots, however it will make you question a lot of things in reality. Japanese horror is a lot more subtle and complex in comparision to the standard jumpscare American horror that some might be more familiar with. Even if you are not a fan of horror, Another is a good manga to pickup just for the story itself.